"In Memory of Major Robert Gregory"

In these four stanzas, Yeats introduces his feelings about Major Robert Gregory by comparing him to three of Yeats's  friends and one role model. Each of these four men has a quality that Robert Gregory embodies. Yeats devotes a stanza to each man, briefly describing his significance.  The reader notices the common characteristic of all five men: death.  In addition, Johnson, Synge, and Sidney all died at a young age as did Gregory.  During this section of the poem, Yeats pours out his emotion as he grieves over his dead friends, and in the sixth stanza, Yeats cannot bear to think that the young and perfect Robert Gregory is also gone.

That loved his learning better than mankind,

Though courteous to the worst; much falling he

Till all his Greek and Latin learning seemed

A long blast upon the horn that brought

A little nearer to his thought

A measureless consummation that he dreamed.

In this stanza, Yeats establishes Gregory as an intellectual by comparing him to Lionel Johnson, a famous British poet.  Johnson (1867-1902) lived in London after studying at Oxford.  During his life, Johnson wrote about Ireland, and he reflected his love of the country in his works.  Unfortunately, like Gregory, Johnson died young, at the tender age of thirty-five.  His early death was tragic because he was a promising poet like Gregory.  The caesura in the third line makes the reader pause to acknowledge Yeats's regret toward the loss of his friend.  The reader feels that Yeats believed Johnson was never able to reach his potential when he adds as a consolation, "A long blast upon the horn that brought / A little nearer to his thought / A measureless consummation that he dreamed."

And that enquiring man John Synge comes next,

That dying chose the living world for text

And never could have rested in the tomb

But that, long travelling, he had come

Towards nightfall upon certain set apart

In a most desolate stony place,

Towards nightfall upon a race

John Synge was one of Yeats's greatest friends in Dublin until his early death at the age of thirty-eight from cancer.  Synge was an Irish poet and playwright during the Irish literary Renaissance.  Synge traveled with Yeats all over the Aran Islands, "a most desolate stony place," and based many of his poems on the bleak and tragic lifestyle of the Irish peasants.  He was a very passionate writer and isolated himself to produce his most creative, yet critical works.  As Yeats says in the second line, "That dying chose the living world for text," Synge knew he was dying, but he decided that his role in the world was to write, which is a statement of a true artist. 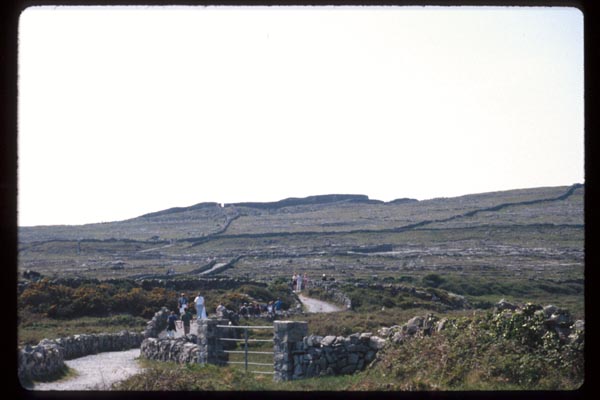 View from the Aran Islands

And then I think of old George Pollexfen,

For horsemanship at meets or at racecourses,

That could have shown how pure-bred horses

And solid men, for all their passion, live

But as the outrageous stars incline

By opposition, square and trine;

Having grown sluggish and contemplative.

George Pollexfen was Yeats's uncle, and they were very close.  Yeats moved to Sligo to stay with the Pollexfens for a period in his life. The Pollexfens were a family known for their great horsemanship and would host and compete in horseshows and races.  Yeats believed that any true gentleman should be able to ride a horse.  As the reader knows, Robert Gregory, himself, was a gifted rider.  In the third to last line, Yeats discusses fate, saying, "But as the outrageous stars incline."  Here the reader finally sees that death consumes even the most important and talented people.  Even "pure-bred horses" and "solid men," must die. 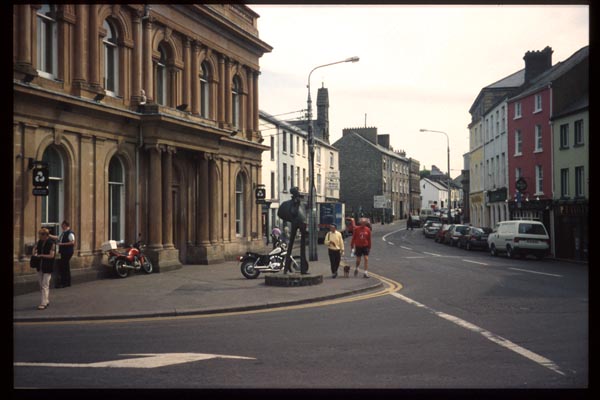 The Yeats Memorial in Sligo

They were my close companions many a year,

A portion of my mind and life, as it were,

And now their breathless faces seem to look

Out of some old picture-book;

I am accustomed to their lack of breath,

But not that my dear friend's dear son,

Our Sidney and our perfect man,

In this final stanza of the second section, Yeats summarizes his feelings about the past deaths of his three friends.  He paints an image to the reader of an "old picture-book," through which the reader can imagine Yeats looking.  Yeats begins to realize that death can come at unexpected times, very abruptly, and it happens to the even best people.  However, Yeats is "accustomed to their lack of breath" because they have been dead for quite a while.  He has still not accepted that the son of his dear friend, Lady Gregory, has passed away at such a young age. The repetition of "dear" in the sixth line stresses how important Robert is to him.  A "dear" person does not deserve to die.  Yeats then compares Robert to another man, Sir Philip Sidney, a sixteenth century English author and courtier.  Sidney was a model of Renaissance chivalry and strongly influenced English poetry.  He died valiantly in battle against the Spanish in 1586, similar to Gregory's honorable death in World War I.  Yeats believes that Gregory is the "perfect man," a combination of the aspects represented by Yeats's three friends: mind (Johnson), spirit (Synge), and body (Pollexfen).  Yeats ends the sixth stanza with an understatement.  Gregory's death is much more than a "discourtesy." 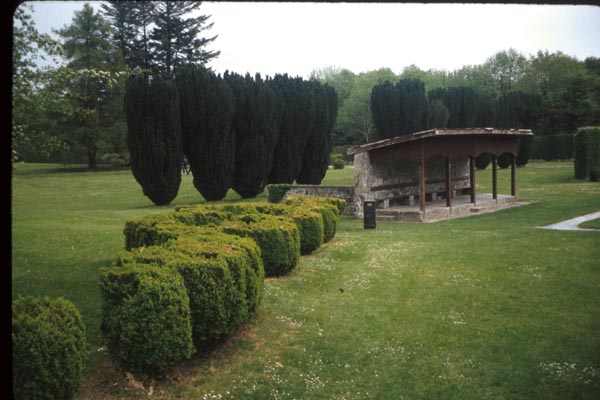