I have met them at close of day

From counter or desk among grey

I have passed with a nod of the head

Or have lingered awhile and said

And thought before I had done

To please a companion

Around the fire at the club

Being certain that they and I

But lived where motley is worn:

A terrible beauty is born.

In this stanza Yeats describes the people, or "vivid faces"(2), he sees in everyday life. They are insignificant to Yeats as individuals, however each of them shares a certain bond with him. They are all united in a fight for their homeland of Ireland. In lines 6 and 8, Yeats states that all he says to the people on the street are "polite meaningless words"(6). The fact that what he says to these people is always meaningless, shows how insignificant they are. And yet they all live together in the same country of Ireland. The lines: "Being certain that they and I / But lived where motley is worn,"(13-14) add to the fact that each citizen, like Yeats, is well aware that they share a common identity. The final line of the stanza: "A terrible beauty is born,"(16) describes the people of Ireland as they come together and work towards the goal of Irish independence from England. The birth of these united people is terrible because the fight for independence will inevitably cause bloodshed and death. It is also beautiful because the people are finally uniting and standing up for their beloved country. This is the first time this line is introduced to the poem. It is repeated throughout the poem and creates the poem's main theme. 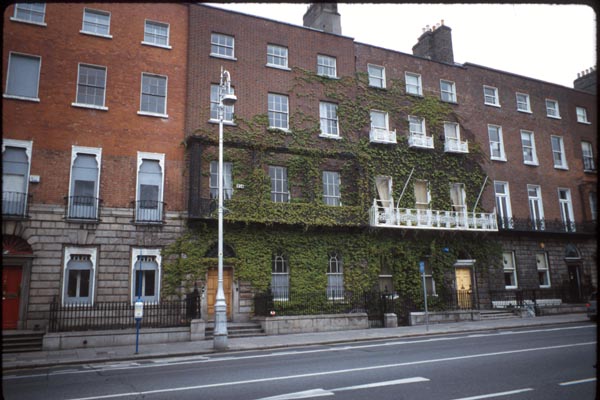